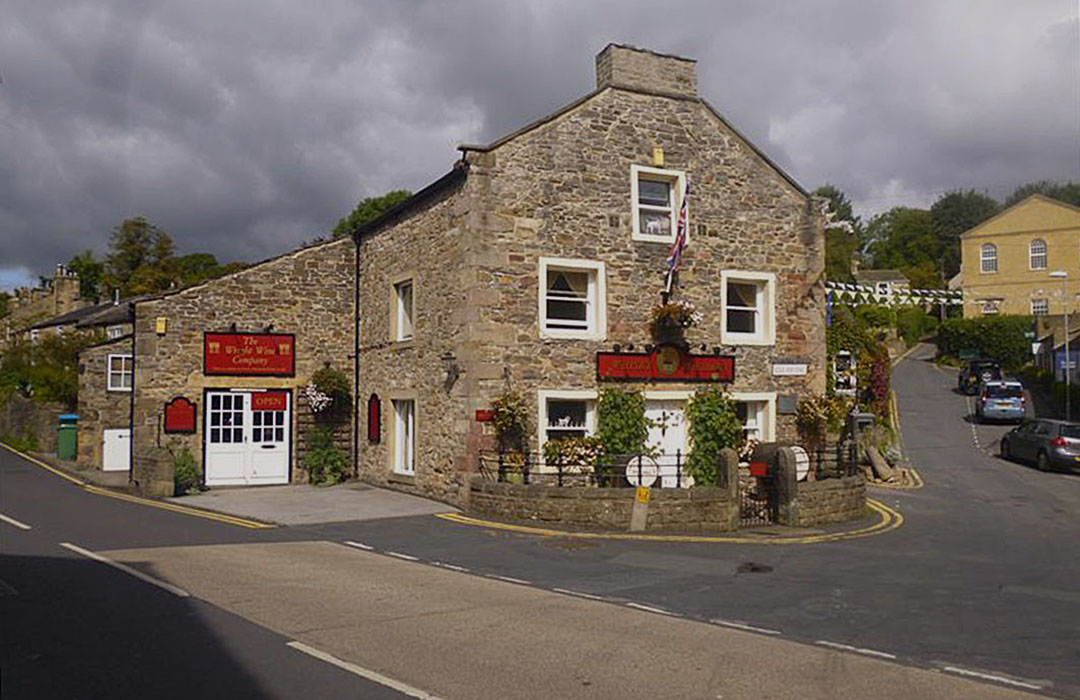 It’s not every day you walk into a shop and immediately feel raw excitement running through your veins.

It all started a couple of years ago. Take yourself back, we’re in Edinburgh. I’d love to set a scene which places you in a 17th century underground cavern, littered with whisky casks whose pungent musky smells pleasantly burnt the inside of your nostrils but in reality I’d bought a miniature bottle of Edradour from a souvenir tat shop on The Edinburgh Mile and drank it back in our Northumbrian cottage.

It tasted, quite frankly, absolutely lovely and made me instantly regret only buying the miniature. Back in Yorkshire, the regret just grew and grew leading me to take a look at the Edradour website to see where I could buy a bottle.

London – nope, not back down there for a few weeks. Edinburgh – nope, I’d just come from there. Skipton – wait, Skipton!? Before I knew it I was in the car heading for the North Yorkshire market town.

The Wright Wine Company was the place who held the malt in stock. With over 1,100 different whiskies to choose from, I was in heaven and after a few visits I decided to introduce The Yorkshire Gent to see if the owner was interested in featuring on our site.

A quick conversation with Katie, the shop manager, followed and a date was arranged to meet the man in the know, Mr Julian Kaye, and (this is the good part) it turned out he is also a fieldsports fanatic alongside being as massive whisky fan. The fit was perfect.

On the day of my visit, I was greeted by Julian who after a quick introduction, began to talk about the shop. His passion for the business, whisky and wine, really shone through, he’s clearly extremely proud of what he and his team have achieved.

Founded in 1983, The Wright Wine company has built up a fantastic reputation both locally with the shop itself and also with the wholesale side of the business. Sporting clients such as the Michelin Star restaurant Northcote, The Wright Wine Company have become the go to company for wines and spirits.

Julian himself became a partner in the business in 1997 and took the reins completely when the founder, Bob Wright sadly passed away in 2012.

I asked Julian how he first got interested in wines and spirits his story was most fascinating. As a young teen, he spent his summer holidays at a game farm in France owned by a friend of his father. One evening, after a day of wild boar shooting he was sent to a rather impressive wine cellar to fetch a bottle of red. He came back with a bottle of 1929 Burgundy, his father’s friend laughed, exclaiming, ‘is that the one you really want?’ Julian stuck by his choice and predictably, it tasted horrible – it was after all 50 years past it’s best!

It was in that moment his passion for learning about wine was borne. He applied for numerous jobs with various merchants and in 1991 was offered his first role at The Wright Wine Company which, incidentally happened to offer the lowest pay. However, for him it was more about what he’d learn not what he’d earn. 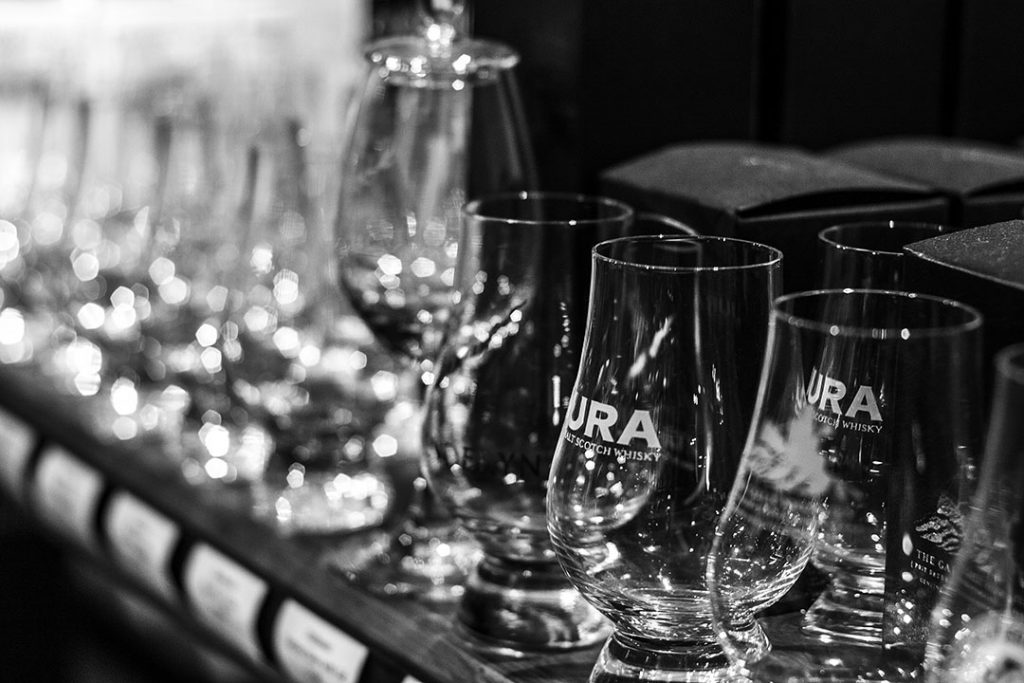 A year later he also developed an interest for whisky based on a choice offered by Bob – a pay increase or two bottles of whisky. He decided on the whisky and it turned out to be a good move – one bottle was 1939 and the other 1940 and together were worth far more than the pay rise he’d been offered.

The adjoining shop would provide a great space for the whisky section and when it became available in 1999 they knocked through from their current premises and expanded their offering.

The story behind how the shop next door became available is in itself too fascinating not to mention. Prior to it being home to a plethora of single malts and blends, it was a clothing shop called ‘New-to-You’ owned and run by a lovely lady called Ros.

One day Ros called in to see if Julian would sponsor her for a fundraising activity she was doing with the Rylstone & District Women’s Institute of which she was a member. It turned out that her and some fellow WI members were planning to bare all for a calendar and wanted £50 towards the printing. Julian laughed and suggested that it would never work and they’d sell no more than a handful of copies but still handed over the £50 as it was for a good cause.

I’m sure you know where this is leading! The Ros in question is none other than Ros Fawcett, one of the original Calendar Girls. That year it sold 88,000 copies and Julian was left eating his words! Ros became that busy with her charity work that she gave up the shop up and that’s how The Wright Wine Company acquired it.

By 2004, Julian had become a Keeper of the Quaich which for those who aren’t aware of it is an exclusive and international society that recognises those that have shown outstanding commitment to the Scotch Whisky industry.

I asked Julian what his top tips were for somebody new to whisky. First of all he said that to keep things interesting, avoid buying a bottle, drinking it all and then going out and buying another one. Instead, drink half and then buy another one, drink half of that and then buy another one and so on. The aim of this is to have a nice selection of different types of whisky all open at the same time. You can then match the malt to your mood, the weather or the situation and keep things interesting.

Another tip is to start gentle and use a bit of water to get the strength right. Julian firmly believes that there’s a whisky out there for everyone and it takes you on a journey.

A major plus point of shopping here for your whisky is that you can try before you buy. Regardless of your budget, the team will help you spend your money wisely so you always walk away with something you like. There are literally hundreds of bottles open at any one time. 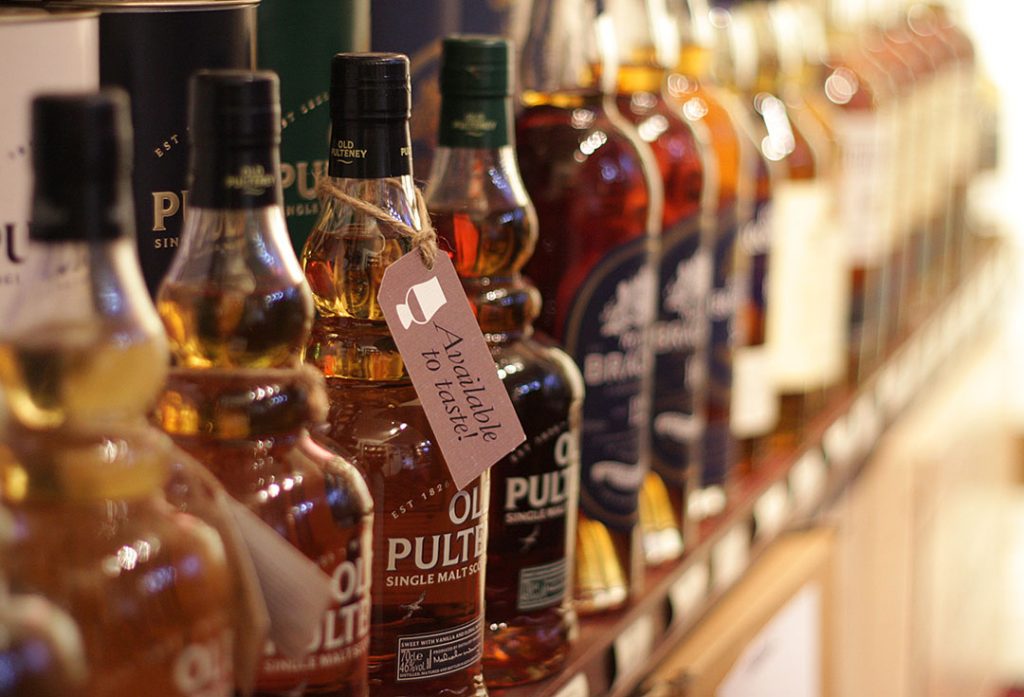 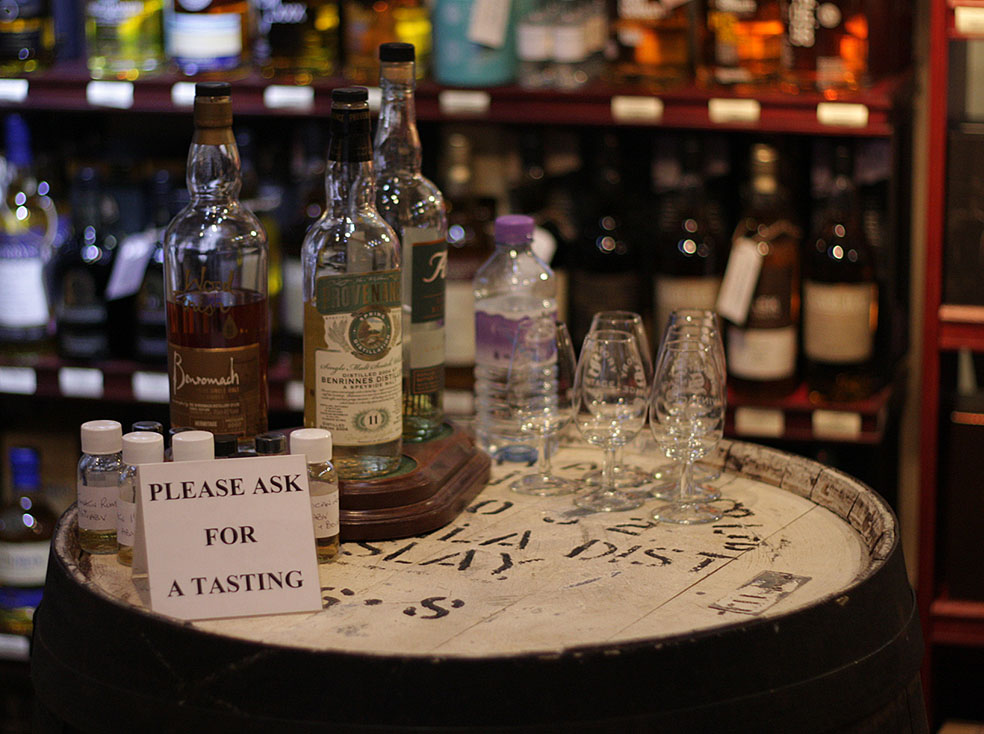 Finally I wanted to talk about any challenges that the shop faced. I was expecting the answer to be online competition and supermarket pricing but this wasn’t the case.

Although there are online retailers around and the supermarkets can sell things cheap, going in, wondering around, chatting with the shop assistants and trying the whisky on offer before making a decision just isn’t possible like it is here.

Their biggest challenge is actually getting hold of stock. There has been a big boom in demand in recent years and this can make stock management quite difficult. Julian explained that historically, demand for whisky has been in waves but doesn’t think that will be the case going forward and that demand will be sustained, which, is a good thing for everybody as long as supply keeps up with demand. 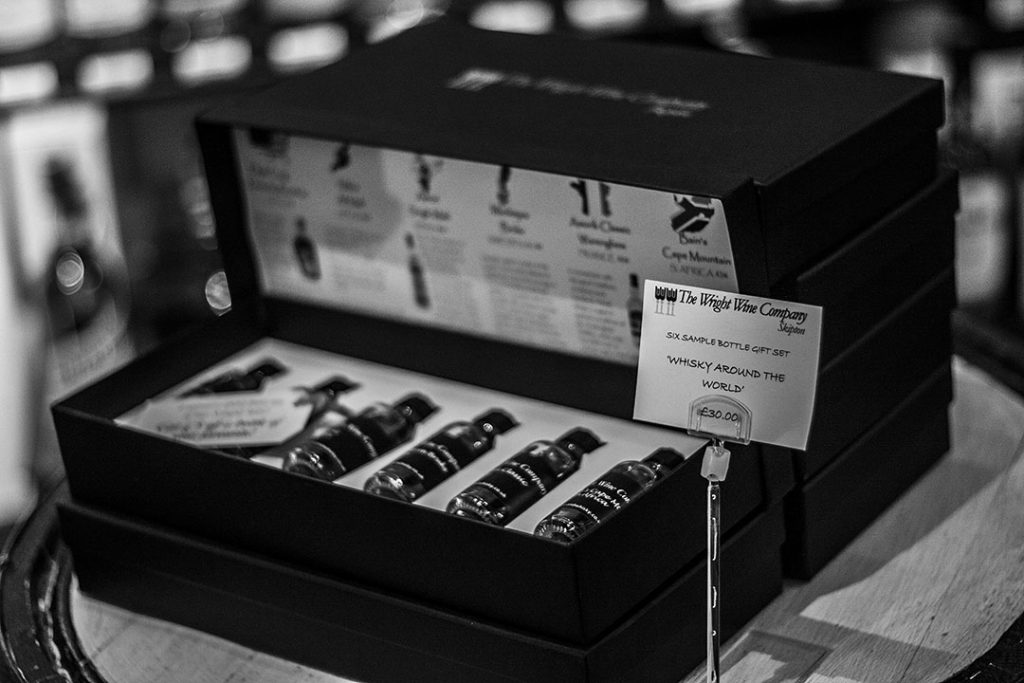 People travel to visit the shop from all over the North of England. A lot of foreign customers also take a detour on their way from London to Scotland. It’s easy to see why, this shop is a special one. If you like and appreciate your whisky and your wine, it’s paradise. I haven’t even mentioned the hundreds of different gins and the fact that you can find every single type of cigar available in the UK that comes in a tube here. It really is an amazing place.

For more information about The Wright Wine Company, visit their website at http://www.wineandwhisky.co.uk/.