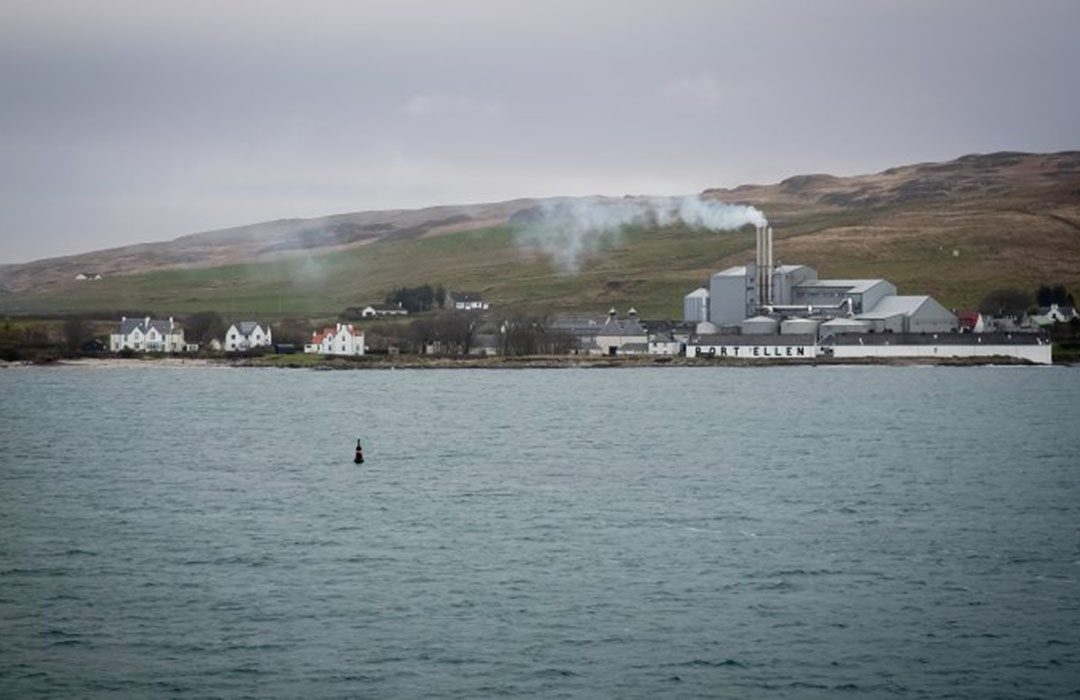 Image above courtesy of Joe Scrivens of One Little Daisy Photography

Last week was a very exciting week for whisky enthusiasts around the globe, because it wasn’t just one distillery announced to be reopening but three.

To get more of an idea about what this means for the industry, we spoke with David Wood – the owner of Distilled Events and ex distillery manager on Islay.

TYG: So David, tell us what’s happened and why.

David: So Diageo have announced that they are reopening two distilleries that closed in 1983; one is Brora, and the other one, a distillery close to my heart, Port Ellen which is very exciting indeed. It has divided opinion a little bit but I think for whisky enthusiasts around the world it’s very exciting news. The day following that announcement, Ian Macleod distillers announced that they were reopening Rosebank distillery which closed in the early ’90s. Who knows how many more distilleries are going to reopen?

So a lot of whisky enthusiasts are saying it’s a new distillery and not simply Port Ellen reopening. I don’t 100% agree with that though because it will be using the old warehouses and the same water source as the old distillery and they might even reinstate two of the buildings as kiln and floor maltings although that’s just my guess – it hasn’t been confirmed.

TYG: So, because the stills are going to be different, is the whisky likely to have a different flavour profile to the original and do you think that they will try to go back to some of the original designs and have the stills remade in the same shape?

David: Well, as I say, with Brora the stills are still there so it’s more really with Port Ellen I think that people have been saying how can the profile be the same? I don’t think Diageo are actually claiming that the spirit profile will be exactly the same. All they’re saying is that because of the global demand for Scotch whisky, they’ve now got the confidence to open the distillery and it’s going to be at Port Ellen.

Don’t forget that although it closed in ’83, there are still people working for Diageo on Islay that were working at Port Ellen and there still people on Islay whose brothers and fathers and grandfathers worked at Port Ellen. They’ve got detailed drawings of the stills and all the other equipment. If anyone can do it, Diageo can – they have got the resources they need and you can bet that they’ll put every effort into closely replicating every piece of equipment wherever possible.

It all depends on what your personal opinion is about what really has the biggest influence on the flavour of the resulting whisky. I’m really into the maturation side of things and I think where your warehouses are located has a massive influence on the final flavour. Their old Victorian dunnage warehouses will be used and they sit right on the seashore which I think is going to be amazing for the new Port Ellen.

TYG: In terms of flavour profile, we’re probably not going to know for a few years yet I expect?

David: They’ve said that they’ll probably bottle after 12 years but Nick Morgan who’s heading up the project has hinted that they’re not ruling out an early release. They have said it’s going be of medium peat levels. I would say that they’re probably looking for about eight to ten PPM in the resulting spirit which, of course, will drop from that by the time it’s matured and in the bottle.

In the malted barley, you’re probably looking for about 28 PPM because the phenols will drop by the time it gets to the spirit.

David: I’d say so yes. You’re looking at similar levels to Talisker. Diageo have said that they’re going to produce around 800,000 litres between Brora and Port Ellen which is not very much at all. I’m guessing that they’re looking at 350,000 to 400,000 litres per year at each.  To put that into perspective, your average whisky distillery these days produces about three and a half million litres annually.

David: You would describe it as craft. Moving onto the similarities in process, the old Port Ellen Distillery had two water sources, one of which is likely being used by the current Port Ellen Maltings but the other I presume will be used again for the new distillery. The old holding pool which is a small Reservoir behind Bay View is still there.

As mentioned earlier, they’re going to be using new stills but they’ve got the old designs so they’ll be able to replicate those.

The barley would be the same barley that’s being used at Caol Ila, Lagavulin and some of the other distilleries on Islay. I’m not sure about the requirement though – the current maltings malt about 550 tons of barley a week. When Caol lla is at full pelt, it’s using 350 tons a week. Lagavulin uses 122 so that only leaves 70 odd tons for competitor distilleries such as Ardberg, Laphroaig, Bunnahabhain and Kilchoman.

I think the requirement for the new distillery will be about 20 tons a week. That has an impact of about 25% on the surplus malted barley so something has to happen there. They’re either going to have to make more malted barley at the maltings or as I said before, there’s a possibility that they might be using their own malt floor and kiln at the new distillery which wouldn’t surprise me at all because there is going to be a visitor centre.

It’s nice if you’ve got a small craft distillery to be able malt all your own barley and to be able to show your guests the full process. I’m not saying it’s definitely going happen but I think it’s likely.

With #PortEllen & #Brora being brought back to life, we delved into the #DiageoArchives to find these 1930s images of the distilleries #tbt pic.twitter.com/c72puylLca

David: Well, I think this is another thing that’s divided opinion really and I’ve had phone calls about it. What I’d say is that for all those people who’ve collected those expensive bottlings, year in, year out, I wouldn’t be worried about the value of them because I think this news could only push the value up of those bottlings further.

David: This whisky isn’t likely to be released properly until it’s about 12 years old so that’s another 14 or 15 years from now by the time the distillery is built. Those old bottlings are from the old Port Ellen so the new distillery can only increase interest in Port Ellen and that should increase the value of the original bottlings. I don’t think the new bottlings will be cheap either.

TYG: Is that because there’s no real economy of scale?

David: I think it’s because 350,000 to 400,000 litres of alcohol a year is not a lot. Also, Diageo are likely to be thinking that there are many Port Ellen enthusiasts around the world already so they have a ready-made fan base. Also, this distillery will probably only produce single malt whisky so I think there will be a high demand for it personally. I wouldn’t be surprised if the first bottlings go for hundreds if not thousands of pounds a bottle.

TYG: Interesting. Very interesting. Well, David, thank you for telling us all about that. It’s been fantastic.