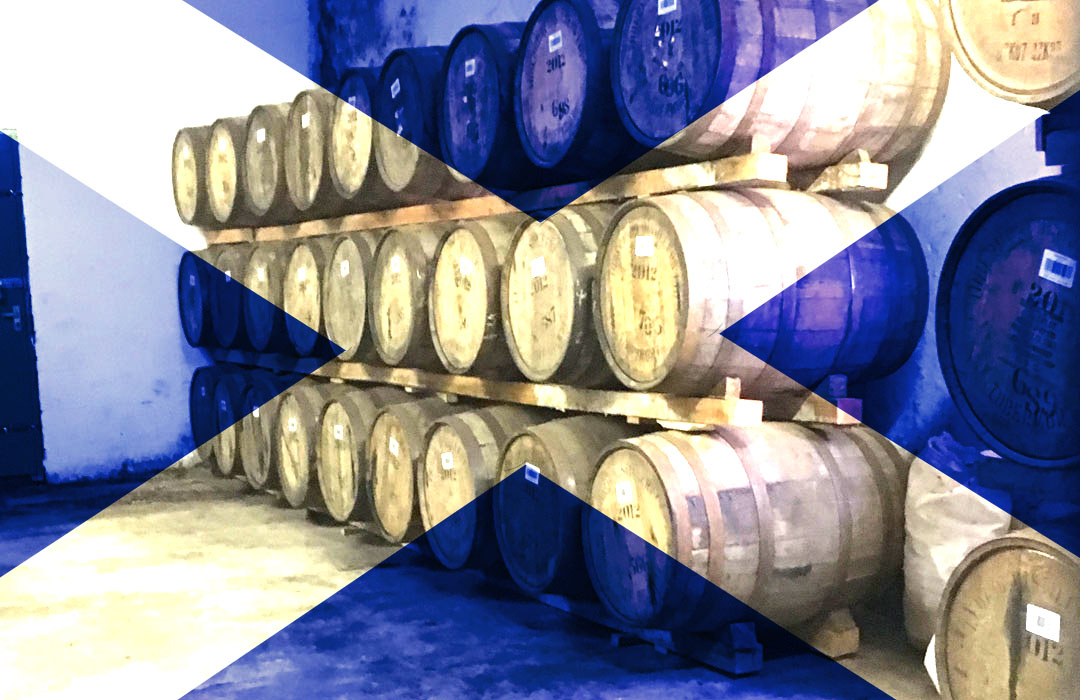 A Beginner’s Guide to Scotch Whisky

This article aims to be a beginner’s guide to whisky and looks to debunk and demystify some of the jargon and terminology you may find printed on your whisky label.

I hope that after reading this you will have some knowledge of not only the product itself but the process of making whisky and appreciation of it in all its various forms.

Hopefully it may encourage you to try whisky for the first time, convince you to try one you have not had before or, at least, be able to look competently at a selection of drams at a hotel bar and make an educated choice as to one you might like and sound like you know what you are talking about.

I’m not going to go into too much detail regarding the process of making whisky (as I could ramble on all day). Suffice it to say that basically whisky is an alcoholic spirit made by the distillation of a grain mash. The chemical and engineering process is essentially the same wherever it is carried out. The variation in distilling techniques, equipment and timings is what makes

for such variation in the finished product.

Traditionally Scotch whisky (which is the focus of this article) is made using barley.

There are quite strict rules set down as to what constitutes Scotch whisky.  Briefly, it must be made and bottled in Scotland, be a minimum of 40%abv (alcohol by volume, a measurement of the amount of alcohol present in the liquid) and be matured for at least three years in Oak Casks.

While we are on the subject of whiskies from around the world it’s always good to know that Scotch whisky, as well as Japanese and Canadian, does not use an ‘e’ in its spelling. Whiskey from America and Ireland however does. The best way to remember is that countries with an ‘e’ in their name use an ‘e’ in their spelling of whiskey.

The Types of Scotch Whisky

There are five main types of Scotch whisky. These are defined as:

There is a great deal of snobbery in the whisky community towards blended whiskies and grain whiskies.

Blended malts were originally designed to even out the extremes of character often found within single malts, to make them more palatable and approachable for the mainstream drinker. Around 90% of whisky sales worldwide are sales of blended whiskies.

Blended whiskies are often seen as basic whiskies by some and perhaps do lack the complexity of a single malt. Let’s not forget they are made up of various malt whiskies combined for flavour. This does make them relaxed easy drinkers.  Examples of blended whiskies are Johnnie Walker or Ballantines.

Some blends may contain up to 40 or even 50 different whiskies; however, most blended Scotches do contain a higher proportion of grain whisky than malt.

Grain whiskies also have an unfair reputation as the single malt’s poor cousin. It is much easier and quicker to produce (therefore cheaper) and is used as a filler in blended Scotches which doesn’t help its reputation. It is worth remembering that these give real flavour and texture to the blends and have a great character all of their own. A good, well-aged single grain whisky is a great dram indeed. Girvan, Invergordon and Port Dundas are all well worth looking out for.

The Whisky Regions of Scotland

Scotland is sub-divided into five traditional regions in terms of whisky production (as recognised by the Scotch Whisky Association).

Traditionally each region produced a distinctive style of whisky; however, with companies experimenting with new methods, casks and styles the lines that once divided the regions are now slightly more blurred.

There is an argument that there should be a sixth geographical region, The Islands, which would encompass all distilleries on the Scottish Islands with the exception of the Islay malts. Distilleries such as Arran, Jura and Highland Park are currently placed within the Highland region.

Most of the regional differences come about purely as a result of the varying topography and geography of Scotland. The best example of this is the heavily peated and phenolic style of whisky produced by the Islay distilleries. This character simply came about as the only fuel they had to burn in the distilleries’ maltings was peat, which gives it that unique flavour.

Other areas used hot air which imparts a different character entirely. Hence the differences between peated and unpeated whiskies, which until recently was mostly typical of Islay malts. Nowadays even Speyside distilleries are experimenting with peated barley. Tomatin and Glen Moray produce limited quantities every year of a lightly peated style.

As we touched on before whisky must be matured in oak casks. However these casks can come from a variety of sources. Most whisky is matured in ex-bourbon casks from America.  This is due to rules governing bourbon production whereby the casks can only be used once.

After this most are sent to Scotland for use in the whisky industry. The barrels can be used multiple times but the more often they are used the less impact there is on the flavour of the finished product. This is where the expressions first fill, second fill etc come from.

Some whiskies are matured in ex-sherry casks which help to impart another dimension to the flavour. These help to add a richer, spicier taste to the whiskies. There are many variants of sherry, each of which adds its own unique flavour.

Less commonly whiskies may be finished in red wine, white wine, port or even calvados casks. Each imparts it own unique flavour compounds to the finished product.

Some important differences in terminology should be noted here. Whiskies that have spent their entire maturation in a certain cask are said to be ‘cask matured’ whereas if they have only been ‘cask finished’ they have perhaps only spent a few months or years in the new cask after being transferred from another. As a result, cask matured products take much more flavour from the cask into the final liquid.

One of the first distilleries, if not the first, to experiment with cask finishing was The Balvenie with its Doublewood expression which spends almost 12 years in bourbon casks before being transferred into sherry casks for a few months to impart an extra flavour dimension.

The Three Stages of Tasting

The experience of tasting whisky and what you taste is entirely subjective. I am a firm believer that most of your tasting and nosing (more on this later) comes from memory associations and previous experiences.  Don’t be put off by flowery terminology and most definitely do not get worried if you don’t seem to be getting the same flavours or nuances as someone else.

Firstly we can describe what the whisky smells like. This is referred to as ‘the nose’

Secondly how it tastes, which is referred to as ‘the palate’

Thirdly the aftertaste, which is referred to as ‘the finish’

There are other things to consider like ‘the mouthfeel’ which is the texture of the whisky in your mouth. Is it viscous? Oily? Or perhaps watery and thin?

All the aspects of tasting come with practise. Don’t get too caught up with it all, you don’t have to break it down like this to enjoy your dram.

I’m deliberately leaving the most controversial topic until the end. Is it really acceptable to add anything to your whisky?

In my opinion, and that of many others, it is more than acceptable to add a little (by which I mean a few drops or perhaps a teaspoon) of water to your whisky. Most whiskies, especially those bottled at what is referred to as cask strength (which can be up to around 60%abv) will benefit from a few drops of water to help reduce the alcohol content and better showcase and release the flavour compounds within.

I am not really an ice in my whisky enthusiast. For me it just dulls the flavour. For the same reasons that red wine is more flavoursome at room temperature, I feel whisky is better without ice, which narrows the flavour compounds.

However let’s not fall out about it. If you prefer your dram with a few cubes of ice then that’s perfectly fine. You pay your money, you do what you like with it. Whether it be with ice, cola, green tea or even ginger beer, you like what you like and I can’t tell you otherwise. All I would perhaps suggest is that to get a full appreciation of the drink you must first try it in its original form to fully understand it and only then experiment with it.

Andrew Flatt is a freelance whisky writer and reviewer. He writes for and edits his own personal website ‘The Amateur Drammer’ and regularly contributes to other websites and blogs. Describing himself as a ‘whisky drinker and adventurer’ he can be found on Twitter, Facebook and Instagram as well as AmateurDrammer.com