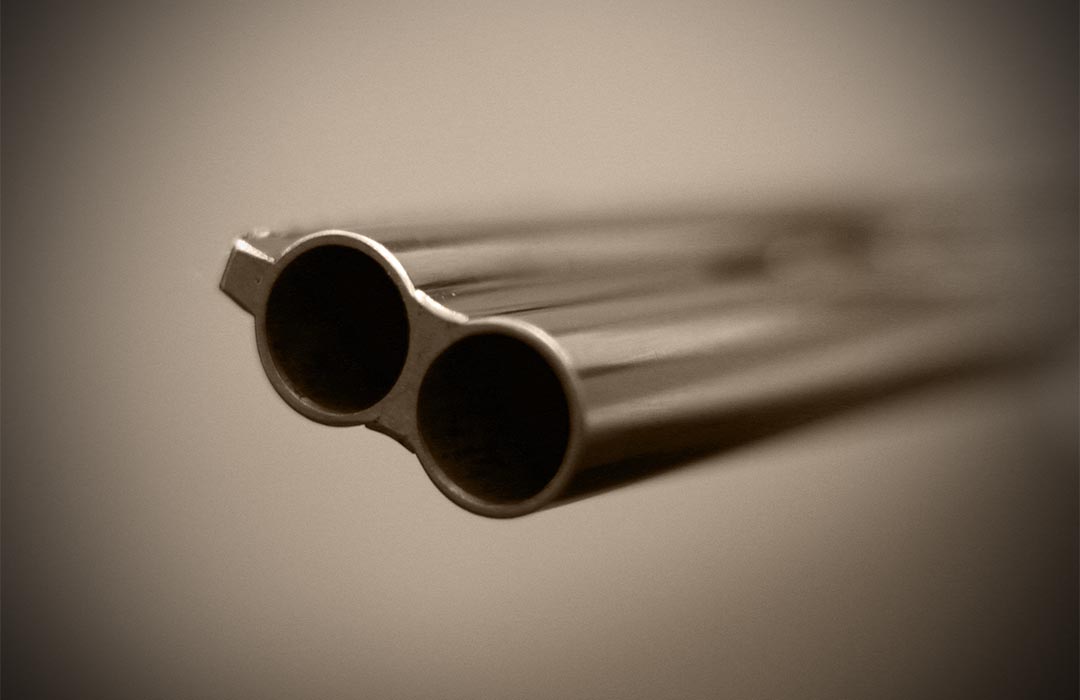 If you’re looking to learn more about shotgun chokes and wish to equip yourself with the knowledge to select chokes suited to the different situations you’re likely to encounter in the field then read on.

What are Shotgun Chokes?

Ask this question to 10 different shooters and they’ll probably all give you a similar answer. Ask the same 10 how they use choke and what their views are on using choke for different situations and you’ll probably end up with 10 completely different answers.

Some obsess over it, some ignore it. What should you do? Ultimately, confidence and technique is what results in the most shot targets but using the correct choke in the right situation can give you an edge.

At the most basic level, a choke constricts the lead (or lead alternative) shot as it exits the barrel of the shotgun. This constriction makes the shot pattern tighter than what it would be if there was no choke used at all.

So why you would want tighten your shot pattern, wouldn’t that make targets harder to hit? Well yes, and no…

The tighter your choke, the further your pattern will travel so if you’re shooting high pheasants, your choke requirements would be very different to shooting skeet clays for example but more on that later.

This quick video from the US explains perfectly what choke is at a basic level.

Shotguns come in two formats – fixed choke and multi choke. It goes without saying that a multi choke gun will give you much more flexibility if you practise different types of shooting as you can swap and change the chokes as you wish. With a fixed choke gun, you need to have physical alterations made to your barrels by a professional gunsmith. Remember though, you can have the chokes opened up but not closed back down – once metal has been removed, it’s gone forever!

Multi choke guns normally come with a set of choke tubes in the standard sizes plus a choke key/wrench to get them in and out. The choke tubes may be flush fitting or extended – these will physically look different when in the gun as shown in the illustration below.

Extended chokes offer no real advantage other than offering the ability to see which chokes you have in as they’re normally colour coded. Some people also finding changing extended tubes easier because they do it by hand although it’s always advisable to use a key/wrench to ensure that the tubes are ‘fully home’ – loose choke tubes can be very dangerous.

Aesthetically, it’s personal preference – some like the look of extended chokes whilst others prefer how flush chokes look.

There are 6 common choke sizes. Confusingly, the names differ in the UK and US so both are detailed below. All are in order from the least to the most choke so for example, Improved Cylinder in the UK corresponds with Skeet in the US as both are second on the list.

There are other choke sizes but the are less common. They include:

If you’re looking to learn more about the specific sizes in more detail, see our article improved cylinder vs modified choke.

Regardless of the actual constriction measurement across the different bores, they are all looking to achieve the same thing – a specific percentage of the shot within a 30″ circle at a distance of 40 yds. The table below shows what the target percentage is across the most common choke sizes.

Because different cartridges can give different results, it’s advisable to pick a cartridge you like and stick with it for the maximum consistency. If you can, have a go on a pattern plate to make sure that your chokes and chosen cartridge are performing as expected based on the table above.

Choke markings are used to identify different choke tubes. The marks can be bands of colour, stars or notches.

Which Shotgun Chokes Should You Use?

Although we will go into detail for specific quarry and disciplines, the following can be used as a general guide:

Please note, the above and below all relate to lead shot only. There are specific choke requirements for steel shot and it can be dangerous if you get it wrong. BASC have published some guidance on this to help you – STEEL SHOT What you need to know from a safety point of view (clicking the link will download the sheet automatically).

This depends on the type of pheasant shooting you’re doing – walked up or driven. If it’s driven, are you likely to encounter any high driven birds?

You need to judge this based on the specific shooting situation you find yourself in but 1/2 and 1/4 may be a good starting point for lower driven pheasants and full and 3/4 for the really high birds. It’s important to note that you should always make sure that you’re comfortably shooting within the range that you know you can cleanly kill birds.

Grouse are fast flying birds and when coming towards you, you’re likely to be pulling the trigger when they’re between 40 and 45 yards out. Because of the speed they’re flying, they will have travelled another 10 yards before colliding with your shot pattern so 1/2 choke on your first firing barrel and 1/4 on your second is a good starting point.

When in a hide waiting for pigeons to decoy into your pattern, your average shooting distance is likely to be in the region of 20 – 25 yds so it’s important not to ‘over choke’ your gun.

To give you a bit more flexibility, you could go with 1/2 and 1/2 which will enable you to take a shot at any birds slightly further out. 1/2 and 1/4 would also work though for standard incoming pigeons with the 1/2 on the first firing barrel and the 1/4 on the second.

When shooting sporting clays, you’ll encounter a variety of targets but none that are either very close you or or extremely far away. With this in mind, a 1/4 and 1/2 setup should stand you in good stead.

1/4 on the first firing barrel and 1/2 on the second. If you find yourself at a stand that requires a bit more choke for the first shot than the second, you can simply use your barrel selector on your gun to fire the 1/2 barrel first and the 1/4 barrel second.

Because the targets are at close range in skeet shooting, a very open choke is normally called for. A typical setup would be improved cylinder (or skeet chokes in the US hence the name) in both barrels.

The opposite to skeet is true in trap shooting – the targets are moving quickly away from the shooter and are broken much further away therefore a tighter choke is required.

Full and 3/4 is a common setup for trap shooting.