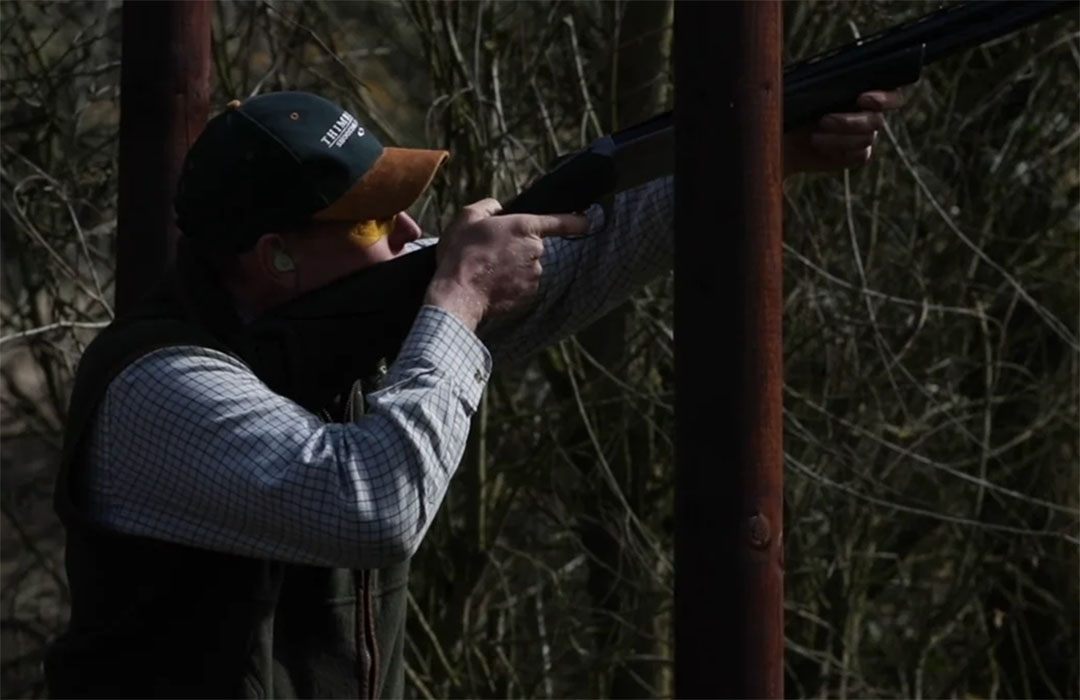 To shoot successfully and consistently, three fundamental building blocks need to be in place.

In this article, we’re going to deal with gun mount and how you can perfect it for more consistent shooting.

When we repeat movements regularly and over a sustained period of time, something magical happens. Our muscles ‘memorise’ it and we can perform the movement without really thinking about it.

This can be used to our advantage when it comes to mounting a shotgun with the precision it needs. To be a successful shot, your shooting must be intuitive so having the muscle memory in place is one less thing to think about in the field.

We’ll come onto how you can build up the required muscle memory later in the article.

There are a number of steps involved in order to correctly mount the gun ready to pull the trigger. Remember, consistency is what we’re looking to achieve here so learn these steps and practise, practise, practise (more on this later…) Some targets will allow you more time to think and mount but the steps below apply to all targets.

It’s worth noting that the starting position is a ‘gun down’ position. This means that the barrels are pointing up and to safety but the butt of the gun is underneath your armpit.

How to Hold a Shotgun Properly for Clays

One of the benefits of being at the clay ground is that you can shoot the same target as many times as you like. This means that you are able to quickly learn where the target is first seen, gauge it’s direction of travel and speed, determine the kill point and practise shooting it over and over again.

Because you have established the above information, you have the luxury of being able to ‘pre-mount’ meaning that the gun is mounted, ready to fire even before you see the target (as you know where it will be coming from and where it will be going).

However, you should also be able to consistently mount from a ‘gun down’ position as described earlier. Why? Well, if you also shoot game or are planning on doing so at some point in the future, this is a vital skill to perfect…

How to Hold a Shotgun Properly when Game Shooting

Unlike in clay shooting, you don’t really know where a bird is going to come from. OK, on a driven pheasant shoot the birds will be coming out of the wood flying towards the line of guns and away from the beaters (hopefully!) but they’re not consistent and can fly straight or quarter towards you in either direction.

On a walked up day, the birds are likely to be flying away from you but again, can quarter away in either direction.

Safety is also paramount – walking with a gun mounted is highly dangerous as it pointing a mounted gun at a wood where the beaters are working.

Then there’s fatigue. Guns are heavy things and it would be tough for even the strongest people to stand there, gun mounted waiting for a drive to start!

With all this in mind, you should always start from a ‘gun down’ position which is why it’s crucial to get your mount perfected. Let’s now discuss how it’s done.

As mentioned at the beginning of the article, muscle memory can only be built through repetition.

Because of this, you must practise your gun mount at home, daily. It only needs a few minutes a day but it needs to be done this regularly. If you do 5 minutes every day it’s just over half an hour per week, that’s all – try it and see the difference it makes to your shooting.

It’s probably worth noting here that shutting your blinds or curtains whilst doing this is a good idea if you don’t want your neighbours getting panicked!

All we need to use for these 5 drills is a the corner of a ceiling, in a suitable room in your house.

The aim of this drill is to build mount accuracy and consistency. Start from a gun down position and mount with the static target being the corner where both walls and the ceiling meet: 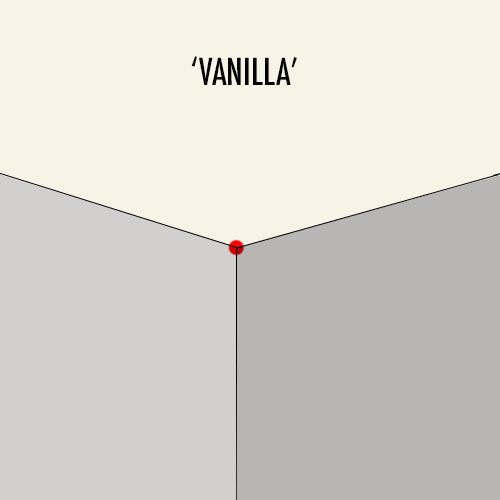 The Left to Right Crossing Drill

This drill is to practise mounting onto a left to right crosser and following the target. Mount at the blue dot, follow the blue line (which follows the line where the left-hand wall and ceiling meet) and end at the red dot: 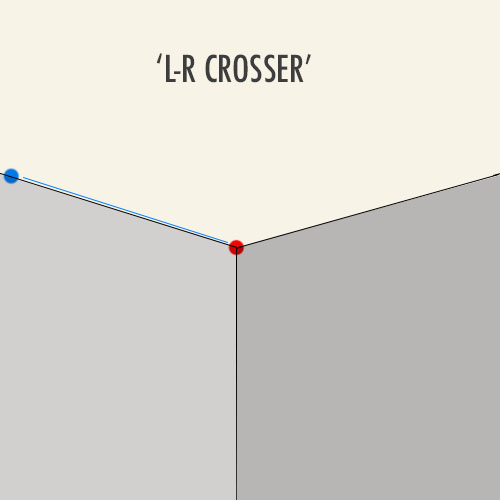 The Right to Left Crossing Drill

This drill is to practise mounting onto a right to left crosser and following the target. Mount at the blue dot, follow the blue line (which follows the line where the right-hand wall and ceiling meet) and end at the red dot: 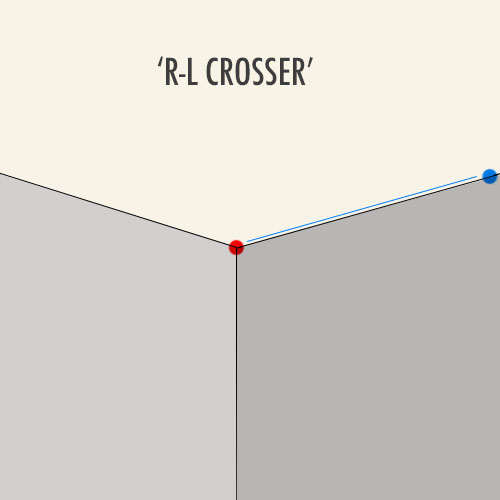 The Going Away Drill

The aim of this drill is to practise getting onto targets that are flying away from the gun and rising like a walked up pheasant would do. Start at blue, finish at red: 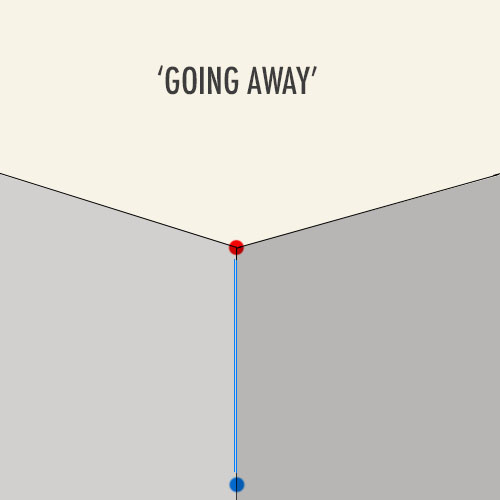 This drill is the opposite to the one above – it’s to practise mounting onto a target flying towards the gun and dropping very much like an incoming pigeon would to a decoy pattern. Mount onto the blue dot and follow it down stopping at red: 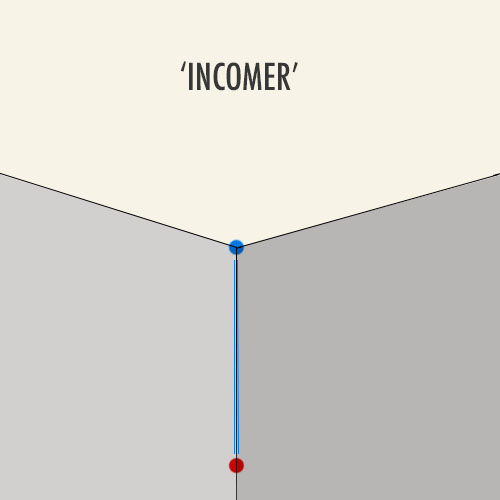 Another good exercise to do at home when practising your gun mount is to do it in front of a mirror. You need to make sure of the following things:

So, are you prepared to commit just 5 minutes of your time per day to increasing the accuracy and consistency of your gun mount? It could be the best bang for buck there is when it comes to improving your shooting. Let us know how you get on…