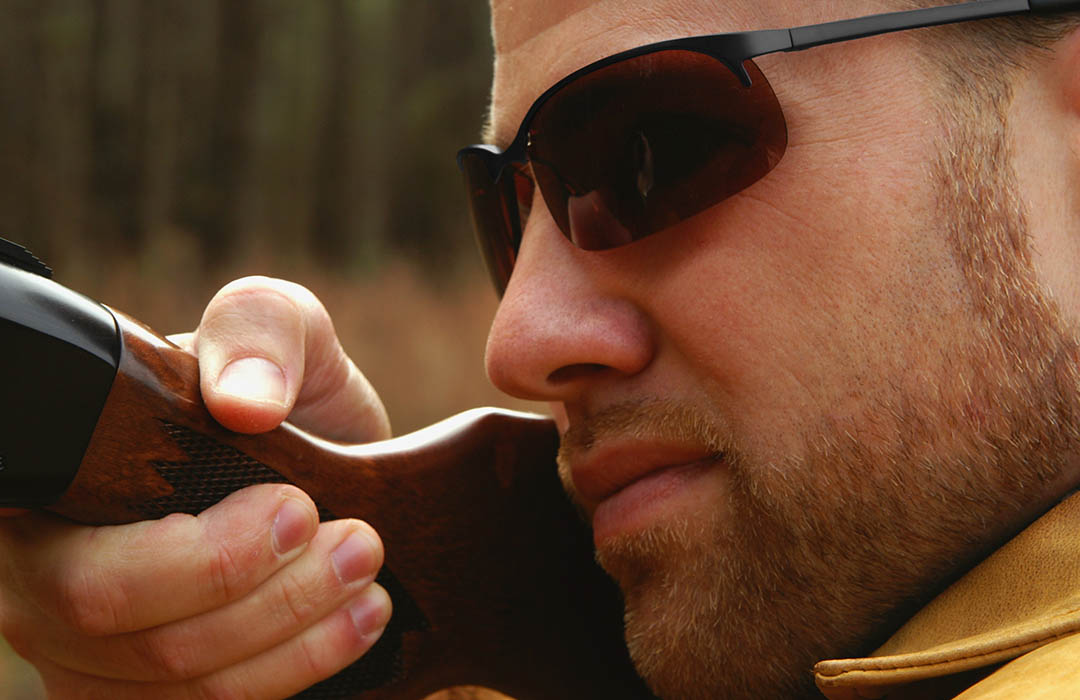 Is Eye Dominance Ruining Your Shooting? Don’t Let It!

Shotgun shooting should be intuitive. See a target, follow it, give it the required lead and pull the trigger. Job done, clay dusted or game bird down and ready to be retrieved.

The problem is, for this to happen, you have to shoot where you look and this relies on three things being correct.

Firstly, the gun must fit you. Fundamentally, we’re all different shapes and sizes so that must be accounted for when choosing a shotgun.

Secondly, your gun mount must be accurate and consistent.

Thirdly, you must be shooting off the same shoulder as your dominant eye and that will be the topic of this article. By that, I don’t mean your true dominant eye (although that would be ideal) but the eye you choose to be your dominant eye in that situation. Let me explain…

You WILL be one of the three. If you’re not sure (or it’s been a while since you last checked as your vision can change), then it’s worth getting it checked.

Both Eyes Open or One Eye Closed?

Ideally, you want to shoot with both eyes open. Why? There are a few reasons:

This tweet by shooting expert Mike Yardley is spot on:

If it suits you, shooting with both eyes open is better, but not all men can do it, and fewer women. It all depends on your eye dominance. pic.twitter.com/sITRmHsz65

Congratulations! This is ideal. You can shoot with both eyes open and allow you brain the maximum processing power.

If you’re shooting with both eyes open but still missing then something else needs looking at – the fit of your gun or your technique. At least you can rule out eye dominance.

Ouch! Not ideal but it’s not the end of the world. You essentially have three options here.

That makes two of us! Welcome to my world…

The options here are the same as a left eye dominant, right handed shooter but not shooting off the other shoulder. That won’t help if you have central vision.

As somebody who has central vision, I’ve tried a number of products on the market including bright beads and patches but none have really helped.

I was hopeful that the bead would end my search for a solution but it wasn’t to be. Because I see two sets of barrels at almost the same transparency, the signals to my brain were all over the place and even though one set of barrels had a bright dot on top of them, it still didn’t help. For some people though, the beads so work well so don’t discount them based purely on my experience.

I spent a long time closing my left eye but it can be quite tiring after a while and I always felt that cutting my field of view in half wasn’t helping me.

My end solution? A small piece of translucent tape stuck onto my glasses which blurred my left eye. This meant I could start shooting with both eyes open. I have to thank the coach at the show I was at for this as once he added it to my glasses, I shot 10 clays from 10 shots – something I rarely did previously!

Exactly the same advice as right/right above. Congratulations!

The same advice as a left eye dominant, right handed shooter above. Either learn to shoot off your left shoulder, close your right eye or add a piece of tape to your glasses blurring out your right eye meaning you can shoot with both eyes open.

If you have central vision, the result will be the same regardless of the shoulder you shoot off. Either close your left eye or add a piece of tape to your glasses blurring out your right eye meaning you can shoot with both eyes open. See the advice for central vision, right handed shooter above for more information.

So, if you have determined your dominant eye and employed one of the above fixes then your eye dominance issue should be solved. If you continue to have problems hitting targets, something else needs looking at – gun fit and/or technique.

Any cookies that may not be particularly necessary for the website to function and is used specifically to collect user personal data via analytics, ads, other embedded contents are termed as non-necessary cookies. It is mandatory to procure user consent prior to running these cookies on your website.