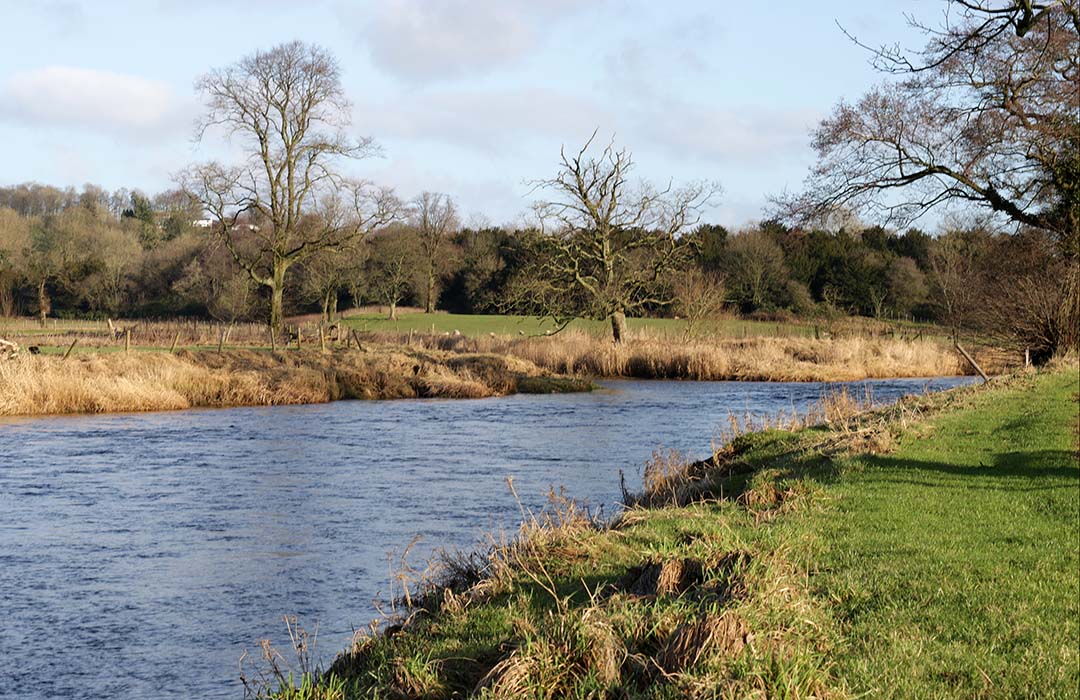 For us river fly fisherman, the start of the trout season is the most wonderful time of the year. Just getting into spring, new life is emerging and we can’t wait to catch up with our aquatic friends after 6 months of being apart.

It can be a funny time of year though with short windows of opportunity to capitalise on a hatch.

To help you get the best results possible from your early season trout fishing, we spoke to 5 river fly fishing experts who have kindly shared their top 3 tips. Don’t miss out on the bonus material as that’s where they all share the flies that they wouldn’t be without at this time of the year.

1. Time your visit right. Early season olive and midge hatches almost always occur between the hours of 11:00 and 15:00. By concentrating your efforts around this period, you maximise your chances of finding feeding trout. Arriving too early and just fishing the water can result in unwanted disturbance of a pool which otherwise might have fished well later in the day; conversely, arrive too late and the feeding period has passed and you will almost certainly be wasting your time. Don’t forget to make a mental adjustment once the clocks go forward at the end of March – trout don’t wear wristwatches!

2. Keep on the move. Early season hatches can be very localised and short lived affairs and it is quite common for one angler to have a field day whilst another one just around the corner suffers a blank. By keeping on the move and carefully watching likely pools for a few minutes at a time, you maximise your chance of being in the right place if and when a rise does begin to gather momentum.

3. Don’t fish too light. Early season offers one of the year’s best chances to catch large trout as normally wary fish tend to drop their guard temporarily and occupy quite obvious feeding lies in their eagerness to exploit the sudden abundance of food. Bearing in mind that the weather is likely to be quite cold and blustery too, now is not the time to struggle with very long and fine leaders. Stick to a tapered copolymer leader in the 9-10 foot range, with a tippet of around 0.14mm diameter, to give the best chance of landing a big fish should you be lucky enough to find one.

Heavy hatch of LDO on the Ribble this afternoon and some decent fish caught on the @sunrayflyfish JLP line. pic.twitter.com/GfkNMOhZPS

1. Be ready! – Early season we are looking at two main flies hatching in good numbers: the Large Dark Olive (LDO) and the March Brown (MB). These hatches can sometimes be over in minutes so be ready to take advantage. I often just sit below a pool, observe and wait for the hatch to start and the trout to rise. You don’t want to spook all the trout before the hatch even starts by walking past or wading through every pool.

2. Be careful where and when you take your lunch! – Early season hatches usually take place during the warmest part of the day, i.e. lunchtime. So don’t sit in the fishing hut or in your car when you need a bite to eat; instead sit over your favourite pool and be ready to drop everything if the flies hatch and trout begin to rise.

3. Don’t let the weather put you off! – We all like to fish on those mild spring days with just a gentle breeze out of the west, but it’s often the more uncomfortable days that provide the best fishing. It might seem odd that fishing can be better on miserable, damp days, with a cold wind blowing, but actually it’s logical… when the aforementioned flies hatch it takes them longer to get airborne, so they are on the water longer and, therefore, easy pickings for trout. I’ve had many days fishing in early spring with snow on the ground and cold damp air, when the newly hatched flies simply couldn’t get off the water and the fishing was unbelievable!

1. Trout don’t read the calendar: Instead they respond to conditions – whether that is a long, cold winter or prolonged spells of mild weather. Cold winters tend to mean that fish are holding in their deeper, slower “cold weather lies” – but harsh winters tend to halt most hatching activity for things like Large Dark Olives. That means when the weather warms up, you should have much bigger hatches of those flies. The flip side is when you have a mild winter, olives trickle off the whole time and tend to reduce that “big bang” spring hatches effect. To compensate for that, the fish are often moving up to occupy shallower lies towards the upper sections of the pools and are very willing to move aggressively to a fly.

2. Skip Lunch: Or at least delay it significantly! That slot between 11-am and 1pm tends to be the very best for early season hatches. Have a big breakfast if you want to give yourself the very best chance of early season dry fly fishing. They don’t call 11am “Olive-o-clock” for nothing on the Yorkshire rivers I fish.

3. Watch out for wagtails: If you share a Hobbit’s fondness for breakfast, elevenses, second breakfast, lunch and afternoon tea…and you need to know whether it is going to be worth postponing that pork pie, then nature provides a fantastic forecast service. On my local rivers, the wagtails tend to rock up on the stones next to the riffles about 10 to 15 minutes ahead of the olive hatches really kicking off. Follow their lead and get your dry fly tied on (and your lunch stowed away) ready for the action.

1. The one abundant fly you will see across the uk in spring is the Large Dark Olive. It’s an upwing fly with two tails similar to the mayfly but in a smaller size 16 hook. These flies will hatch from 11 am until 1.30pm and the post wintered trout will be straight onto them.

2. Use a tippet size of around 0.12mm to give a soft supple presentation and try to cast a slack line to stop drag on the fly, making your fly act like the natural. Using a product like Hunts Mud smeared on your tippet will stop line flash and can be the difference between catching a special fish and blanking.

3. My biggest tip of all is to find a pool on your river and simply watch and wait for the hatch to start, nothing else. Do not make a single cast until you can see the fish rising confidently to the natural. Too many times I see anglers simply walk into a pool and start to cast randomly which normally ends up with all the fish spooked and bolting for cover. Remember, the hatch will come but the fish won’t!

1. Be honest about your expectations. Dry fly sport will be confined to a very small window. For the earlier and latter part of the day, fishing subsurface may be the key. Many anglers opt for nymphs but don’t neglect wet flies (which is something tenkara excels at).

2. Don’t neglect the tails of pools. Many enthusiastic anglers head straight for the productive looking head of the pool, especially when they’ve been away from the river all winter. Some big fish can be hanging out in that unproductive looking water in the spring weather so be sure to cover ALL of the pool.

3. Consider a day’s tuition. It’s amazing how many people will spend hundreds on a new rod but baulk at the thought of paying for tuition. Knowledge lasts a lifetime and the skills picked up from a good guide will lead to better fishing, more fish and greater enjoyment for the rest of your life. Get your tuition in near the start of the season and you may end up with your best year’s fishing ahead of you. 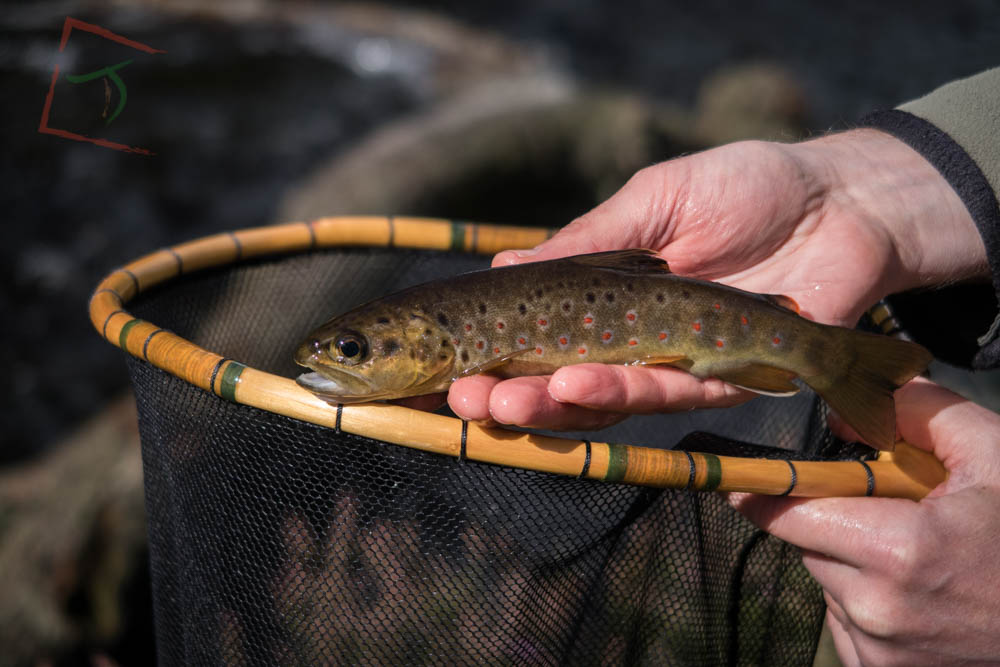 A massive thank you to all 5 anglers who contributed.